Sue Hachey is the operator of Rock Of Ages Music School in Rothesay. She comes by music honestly born into a French Acadian family where music and kitchen parties were a normal part of life

Becoming a vocalist was never a path that she would of ever though of pursuing, however I guess they were the cards she was dealt and the path she was destined to take. At the age of 15, she was in her 2nd year of high school and decided to participate in a variety show in 1979. She had performed one song which was a rendition of Bee Gees song “Words” performed by Rita Coolidge. After she had performed that one song she was approached by St. Vincents’s high school and asked to sing a half hour set to open for a show of local performers Dan Maloney and Debbie Harrity. Sue accepted and asked a childhood friend to accompany her on piano for the evening. In the audience that night was former Quispamsis mayor Ron Maloney that heard something in her and asked her if she would be auditioning in a band. Ron had also played music all his life and continues to do so. He is locally known for his own childrens group “Shades of Harmony”. Ron took Sue under his wing giving her ample opportunities to sing publicly and taught her many aspects of being in a band. In 1982 she would also audition for Saint Vincent’s musical “South Pacific” where she would land the lead role of “Nellie Forbush”. With all these experiences and opportunities, Sue made her home on stage. That was her safe place.

In 1981 a local band “Legal Limits” formerly known as Aquarius and comprised of 3 siblings had lost their lead singer due to a family dispute. Legal Limits had just been signed on with Quality records in Toronto and Sue was asked if she would be interested in replacing the singer. As a teenager from the conservative city of Saint John this was a chance of a lifetime and off she went to the big city of Toronto to pursue the life of Rock & Roll.

From 1983-1987, Sue had signed a management contract with band Legal Limits where they travelled across Eastern & Atlantis Canada. For the majority of those years the group was writing original material and playing the bar circuit. This young group would show case for many record companies, and open up for well known acts and was finally signed to 2 labels, Heavy Metal Records UK and England & Critique Records a subsidiary of Capital which were located in Boston. After many hours in recording studios and following many disappointments Hachey grew tired of the pressures and commitment of the professional music scene and made the decision to not sign on with the group for another 5 years and make her way back to Atlantic Canada in 1990.

In 1991, she entered into Atlantic song writing competition. Sue would win the local part of the competition and then move on to Halifax where she won the Grand prize for all of Atlantic Canada, which included $10,000 worth of music equipment and a recording hours with one of the major studios in Halifax and guided by management within Brooks Diamond Productions. Sue was teamed up with the Rita MacNeil’s band members where she recorded an EP. During that same time she would take her equipment winnings and form a local band called “Rampage”. This group continued to play locally from 1994 to 2005 opening for such bands as April Wine, Larry Gowan, Trooper, and Randy Bachman

In 2005, Sue decided to take a break from playing but later formed a couple of other groups from 2014-2016 playing the occasional gigs.

In 2009 after seeing some business models in the UK & England of Rock Schools, she came up with idea to open a music school locally in 2011. This was the only one of its kind in Canada when it first opened. Since then many have similar models have opened through Ontario & BC.

Rock Of Ages was created because of the impact music had on Sue all these years. She wanted to share the band experience she had gained over the years with the local children within community. Music is a great tool for mental health and being part of a band is being a part of a musical family where strong bonds are formed. Musicians share something that nobody will ever relate to unless you are part into that environment. Little girls always dream to be that Taylor Swift on the stage and little boys to be the next Eddy Van Halen. Rock of Ages gives kids a taste of being in a rock band and allows them to be challenged and have a creative outlet. Music gives kids a focus outside the hustle & bustle of everyday life and relieves stress in this fast-changing word of social media and technology. 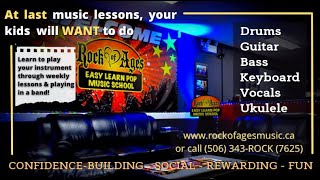 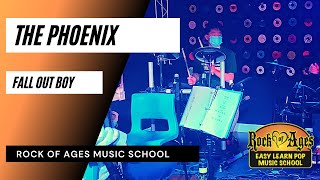 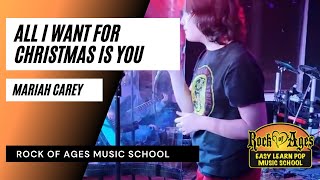 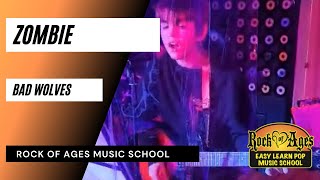